Fried some bacon in my Stargazer

After seasoning a cast iron pan the first thing I like to cook in it is some bacon. I had a pound of thick cut bacon from my butcher to cook Monday for our supper. We had it on a Ciabatta bun and I melted some Swiss cheese over them.

I was going to fix sweet potato oven fries but the wife said she wanted to fix some truffle salt potato chips. She had seen Oprah fix them and had to try it. I never see her too excited about cooking but had bought some truffle salt for on them. She used red potatoes and sliced them thin on a mandolin, plus some of her finger! They were rinsed in water and dried on paper towels. She laid them out on a cookie sheet lined with nonstick foil, more foil on top and a smaller sheet on top to keep them flat. She said they needed to bake at 350 deg. for 10 minutes. That was not long enough and took 20 minutes to get them browned some. I sprinkled on the truffle salt when they were done. We both had a salad with supper.

The sandwich was good and the chips were excellent. I think the oven method for the chips makes a nice batch but I have done them on a plate in the microwave and would do that for just the two of us.

I am more than happy with my Stargazer 10.5 inch skillet. I had no sticking with the bacon and it cleaned up with ease. Last night I fried a pound of Italian bulk sausage with red peppers and garlic in it. I made a batch of Pioneer brand country gravy and poured it over the sausage. We had it over some pasta and some bread and butter. I didn’t take any pics but tasted great and the skillet was easy to clean. 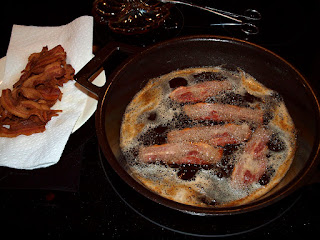 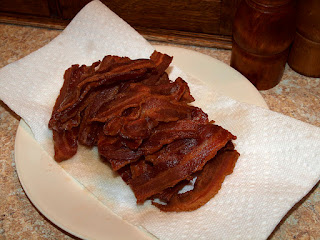 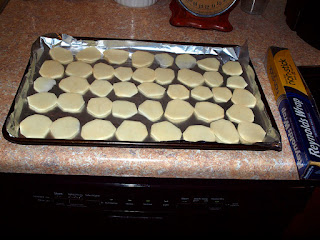 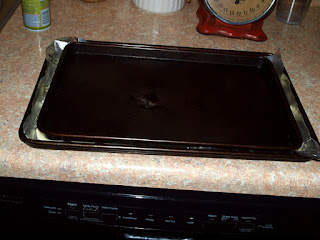 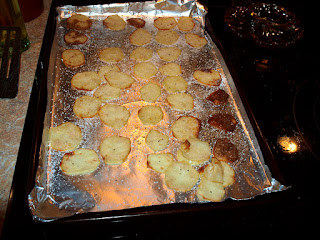 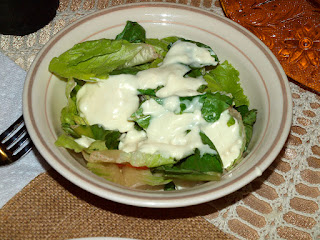 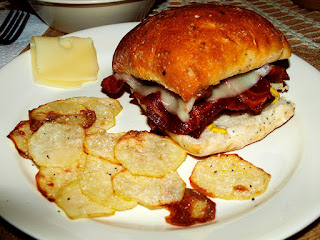 After two cooks in my skillet 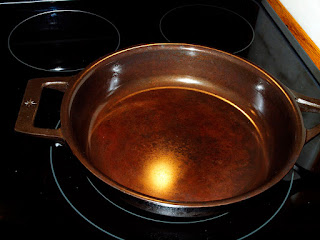