My wife and I was not much in the Holiday spirit this year; my daughter from a first marriage is lying in the hospital after a bad stroke. She was a member of our family too. Having our daughter home now and the son and family close by helped.

Our daughter in law received a 7 pound Honey Baked spiral cut ham for Christmas from the hospital where she works and said I could fix it for our Christmas dinner. I would rather have a ham from my butcher but this was free and turned out pretty good.

My wife had made almond cookies, chocolate chip cookies and lemon bars. She also baked a Marie Calendar’s berry pie for desserts.

I had some nice shrimp for cocktail along with 3 dipping sauces. The son and family came down about 2:00 PM and we had the shrimp cocktail and munched on goodies. I had the ham double wrapped in foil along with a 1/3 cup of hard cider beer heating up on my Traeger. I had baked a take & bake garlic loaf for bread and butter. I also ordered an 8 piece broasted chicken from Sandman’s carry out to have.

My sides were a green bean casserole and skillet corn from summer corn I had frozen. Our daughter in law brought a Crockpot with hash brown cheesy potatoes.

I didn’t think it was my best Christmas dinner but all tasted pretty good. We all got full and I think we will be eating leftover ham for a while!  Later we had desserts and s few Christmas drinks. My wife had Kahlua and cream. The son and I had a couple of white Russians; Tito’s vodka, Kahlua and cream. 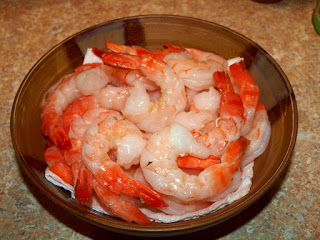 Shrimp and some appetizers 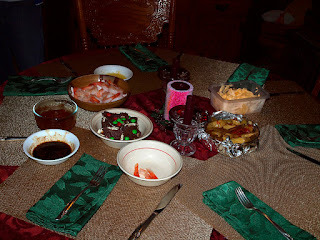 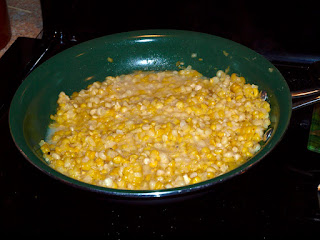 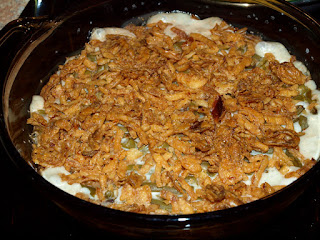 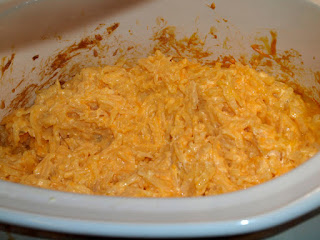 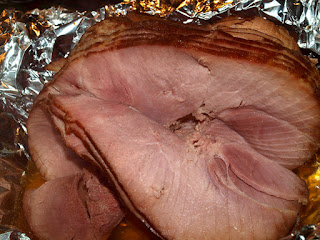 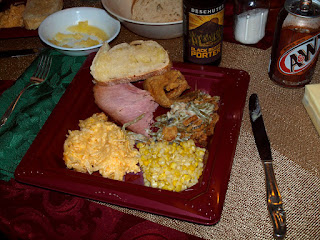