My boss inspired me to do some more smoking today.  He allegedly smoked a pork butt for a soccer party for his son yesterday.  Rumor has it, however, that he just threw some liquid smoke and ketchup on some chopped up bologna, though, and called it "pulled pork".

We're also attending soccer parties today, as I attempt to show Gavin "what's what" on the pitch today during our annual alumni games... I thought if there was any year that I could take him, it would be his Freshman year, but I'm afraid he may have already surpassed his old man in speed (maybe not quite in skill yet)

I smoked the ever-popular cajun crackers on my dad's Traeger this morning and I'm sure they'll be a hit tonight.

The second picture is a meal I cooked for mom and family two Wednesdays ago. My wife cooked spaghetti and I grilled Italian chicken on my Blackstone...throw in some garlic knots and it was a pretty decent meal from this average cook.  Just warming up, more to come soon. 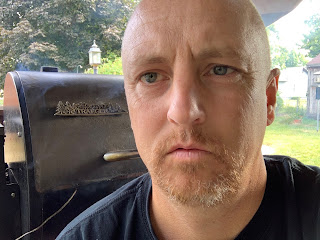 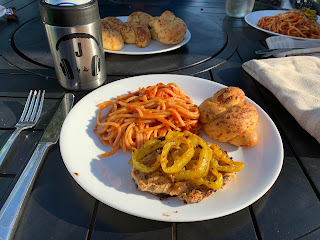