A while back I thought I had the last of my garden tomatoes for a BLT. I had one nice one that was just starting to turn and picked two green ones. After about 4 days the one was ripe and the other two had some green on them. I would fry those.

I had a pound of Kah Meats good thick cut bacon to have and some English toast bread for the sandwiches. I bought some Romaine hearts to do on the grill along with tomatoes. I sliced up the two tomatoes that had some green on; breaded them with flour, egg and Panko bread crumbs and placed in the fridge. Surprisingly they were ripe enough to just eat so I was having fried tomatoes instead of fried green tomatoes!

I did the bacon up on my Traeger. The frog mat will hold ¾ of a pound. After I got them on I sprinkled with a light coat of Savor’s Super Pig. When it was time to eat I cut a Romaine heart in half; sprayed with some olive oil and did them on the Weber Spirit along with the tomatoes. When they were about done I toasted the bread in my toaster lightly.

I made up the sandwiches and we had a balsamic reduction and some parmesan on the Romaine. The BLT tasted great; especially since I thought I had my last one a few weeks ago. We liked the fried tomatoes too. 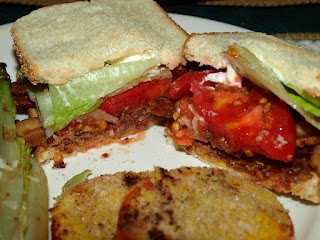 Bacon on my Traeger 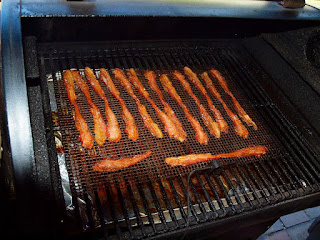 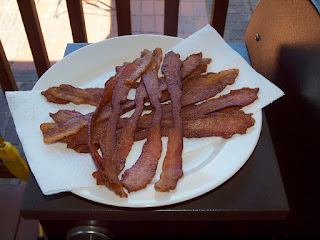 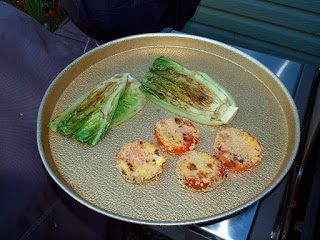 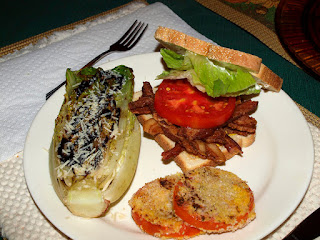