More crazy weather here in Ohio, Usually in September we start getting cooler weather. The past few days it has been 85 deg. and today was 90. It is not really soup weather but that is what I fixed for supper.

Cheeseburger soup has been around for a while; I love cheeseburgers but had never tried the soup. I found a recipe that added bacon to and I had some jowl bacon to use. I don’t have any more garden tomatoes that will ripen for BLT’s so might as well try the soup.

I did find two green tomatoes that were good to fry and thought they would be good with the soup. I made the soup in my CI Dutch oven outside on my gas burner. I had my bacon cut up and the veggies all diced and ready to go. I started at 5:30 and figured on eating at 6:30 but it was a little after 7:00 before I got it all done. I didn’t figure that too well.

I had just over a pound of bacon and diced half of it about ¼ inch wide to use for topping. I fried two large slices to use as bacon wafers in the soup. The other half I diced 1 inch wide for in the soup. The jowl bacon is a little fattier so I removed most of the fat not per the recipe. I also had ground chuck to use instead of lean beef. I omitted the jalapeno and cayenne pepper too

I did the soup all but the cheese outside then took inside on a low burner while I fried the green tomatoes. I had dipped the slices in seasoned flour, egg and then Panko crumbs and in the fridge a couple hours to set up. I had the skillet right this time and got the green tomatoes fried well. I had added bacon grease to the skillet to fry them in.

When the green tomatoes were done I added two cups of the shredded triple cheddar to the soup to melt. I served the soup with some rye croutons I had made, some bacon bits and the bacon wafer.  The wife and I both really liked the soup. I had figured it would be a onetime deal but I will make this again. It will taste good this winter. 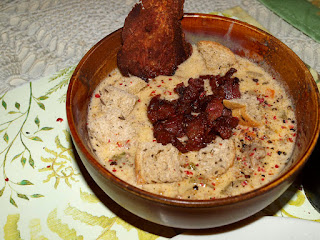 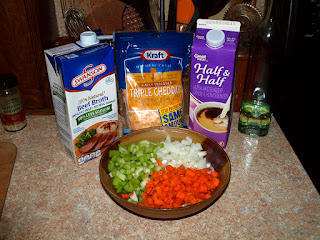 Bacon for the topping 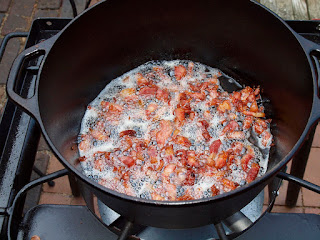 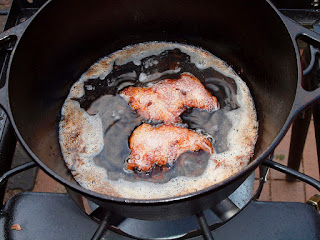 Bacon for the soup 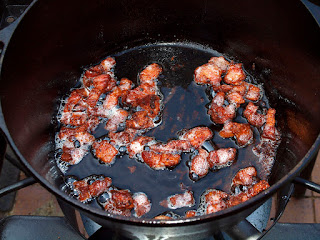 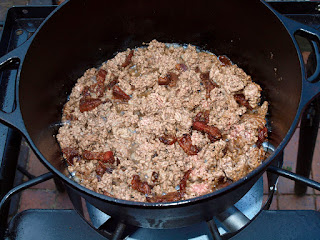 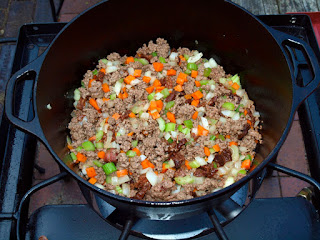 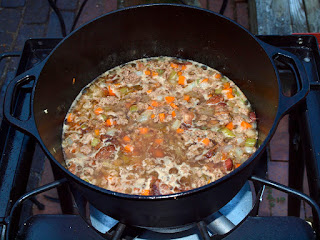 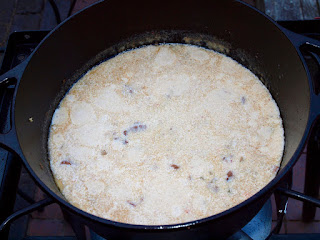 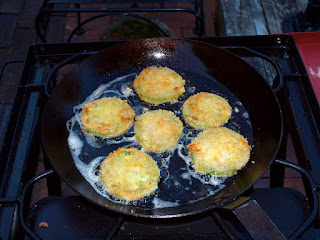 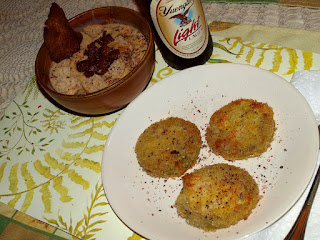