I have loved grits and shrimp for a long time; but it was only about 10 years ago I first had Shrimp and Grits. Our kids were living in S.C. just south of Charleston N.C.  They took us to a place called the Flying Biscuit and said you have to try their Shrimp and Cheesy Grits. I did and wished I had known of this dish ages ago!

I have made this a lot of different ways since then; with water, milk, or chicken broth to cook the grits in and with cheese and without, with just shrimp and with shrimp and sausage, it’s all good! I had some Aidelles andouille sausage and a 10 oz. bag of wild caught gulf shrimp and my peasant bread would be good with it.

I followed a recipe I will give a link too but I changed it some. I did a ½ cup of stone ground grits that were half yellow and half white and cooked in chicken broth. It took about a half hour to get cooked down and thick. I added the ¼ cup of cream cheese and about a cup of shredded sharp cheddar. I placed a lid on the pan and in a 200 deg. oven to hold while I cooked the shrimp and sausage.

My wife did not want the sausage so I just sliced up one link to brown for mine. I browned the sausage in a skillet a couple minutes on each side and sautéed the shrimp with Cajun seasoning in a little butter and olive oil for about 5 minutes. I had heated some BBQ sauce for in mine too.

You will note I didn’t spend much time on the presentation of my wife’s bowl! For mine I ladled in some of the grits, a couple Tbs. of the BBQ sauce, topped with the sausage and the shrimp.

That was a good supper, I think I prefer my grits a little less cheesy but the wife thought they were great!  The BBQ sauce was lemony with some heat. 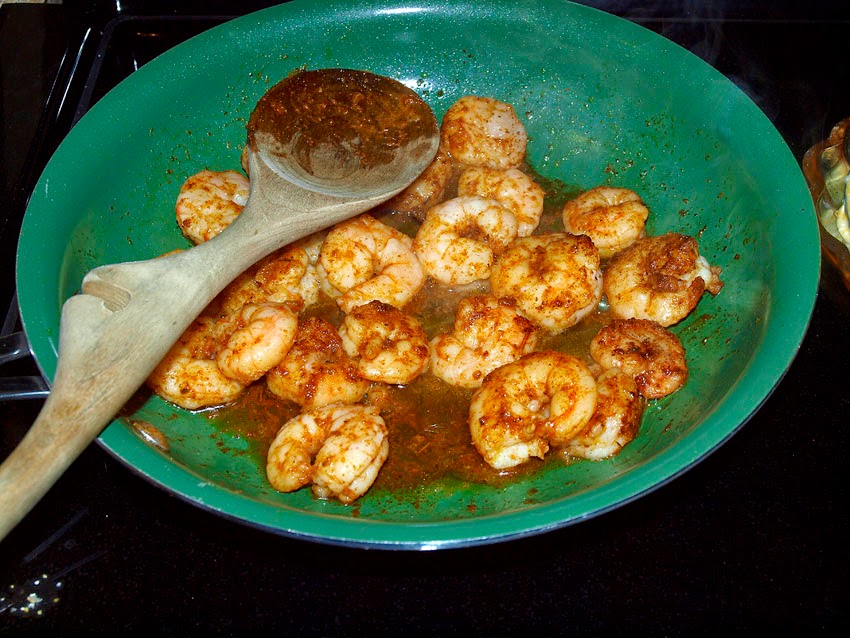 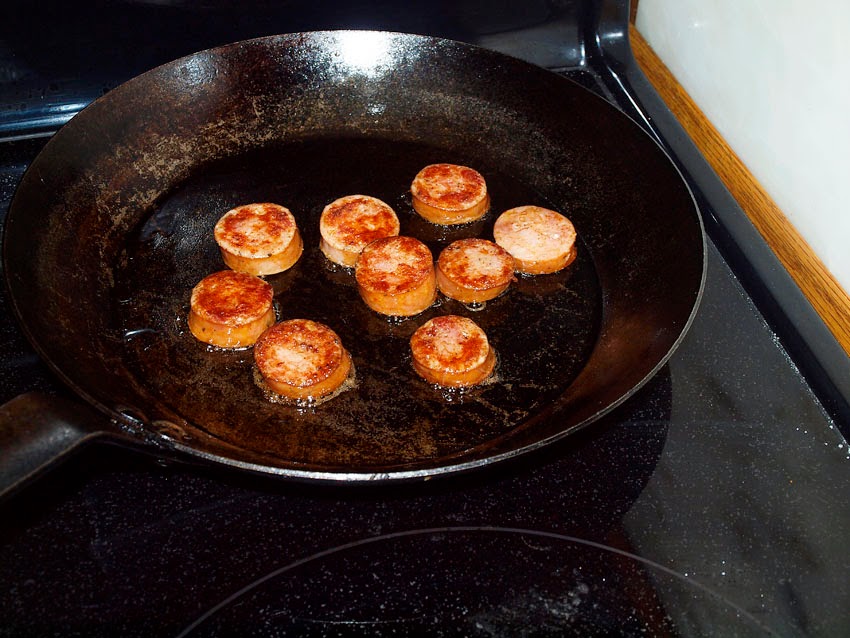 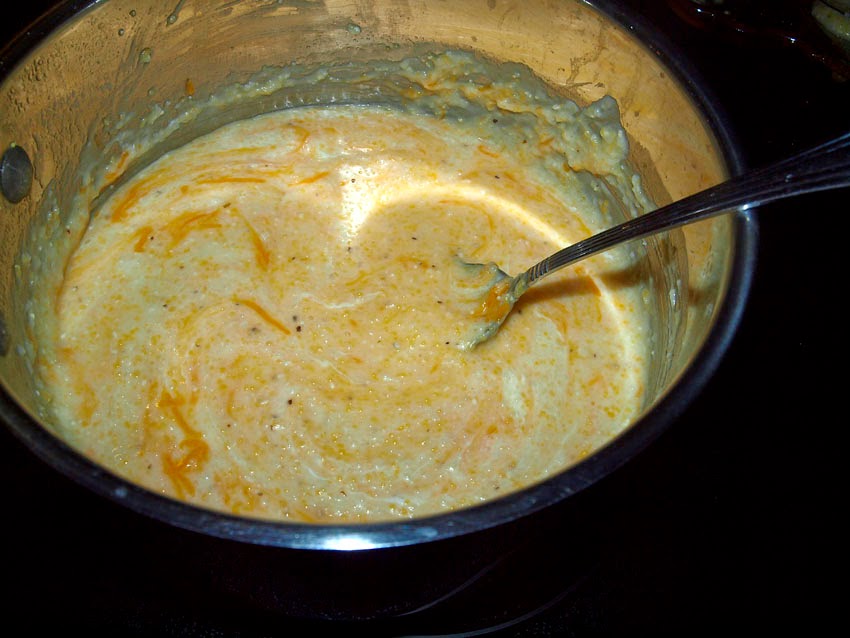 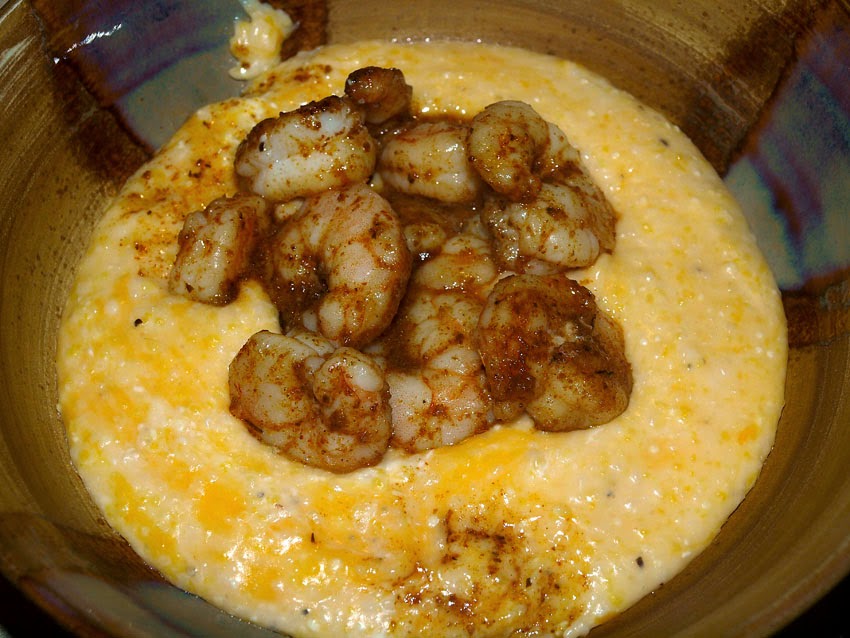 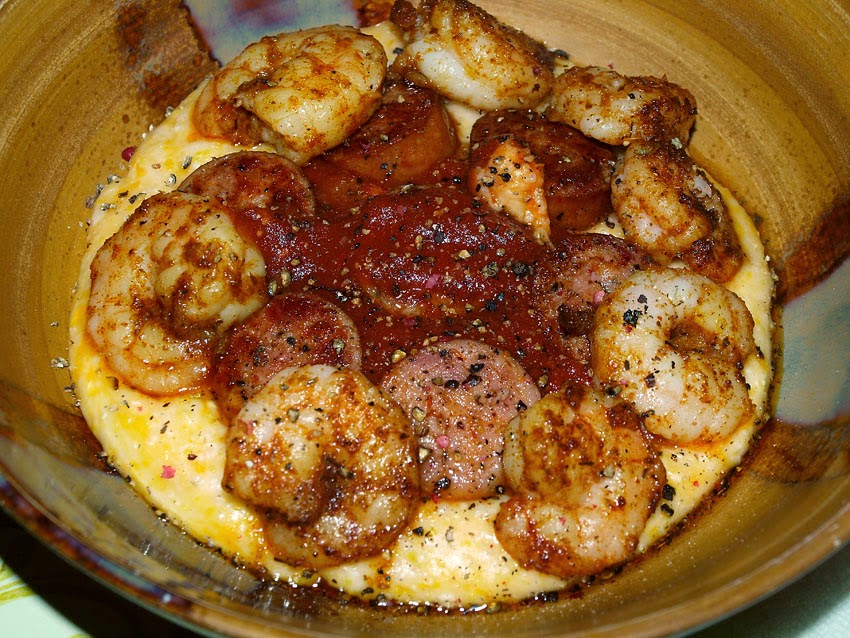 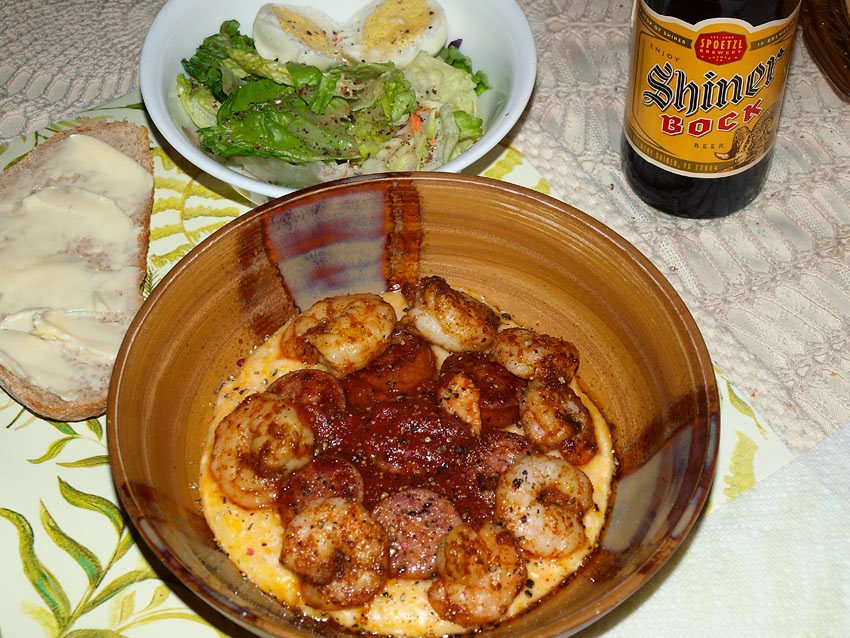