I had cabbage and potatoes that needed used so a trip to my butcher for some Polish sausage would make up my supper. If you can find a butcher like mine you have it made. He makes more than 6 kinds of fresh brats besides fresh sausage. As you can see from his label on the Polish sausage there is just pork and seasoning and no preservatives.

A one skillet supper is easy to do and there are not many dishes to clean up after. The sausage was frozen so I threw them on my Traeger for a little over 3 hours to thaw and smoke at 200 deg.

I peeled and diced some red potatoes, coarse chopped a med. sweet onion and cut the cabbage in about 1 inch squares. I heated some olive oil med. high in my Lodge steel skillet, added the potatoes, covered and turned down to med low. After about 5 minutes I stirred the potatoes added some salt and pepper and re-covered for about another 5 minutes.

I had brought the sausage in from my smoker, cut 3 into short links and added to the skillet and covered until heated through. I added the chopped onion and when the onion started to soften I added the cut up cabbage. I covered and cooked all about 10 minutes, removed the cover and stirred a few times and it was ready to serve with some toasted English muffins. Total cook time was about 35 minutes. I missed a photo of the final skillet with the cabbage.

I had some of my homemade mustard with mine. That hit the spot on a cold spring evening! 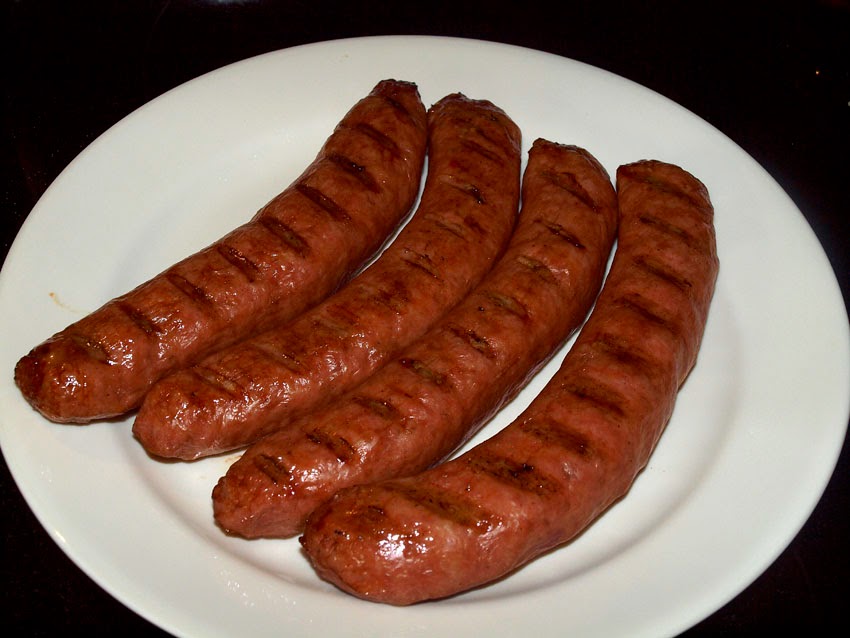 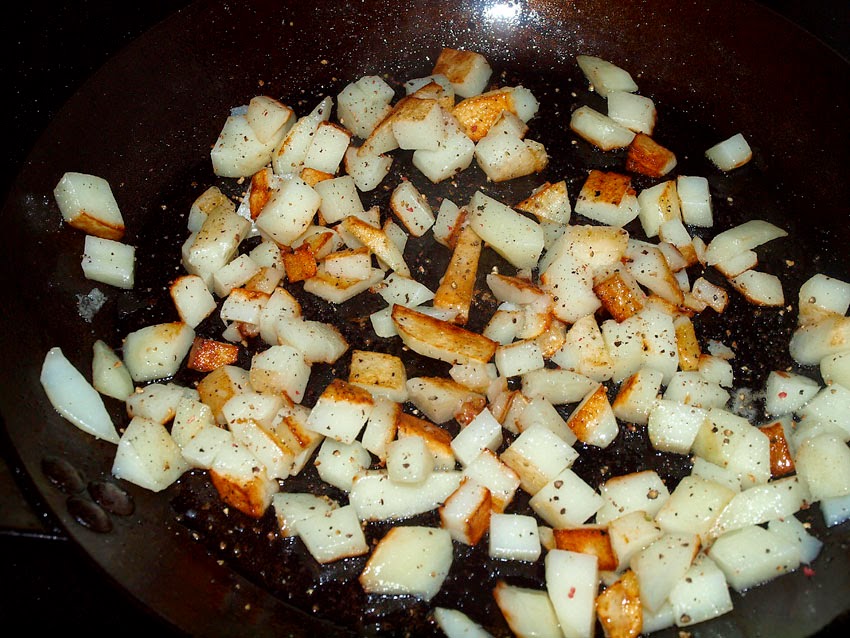 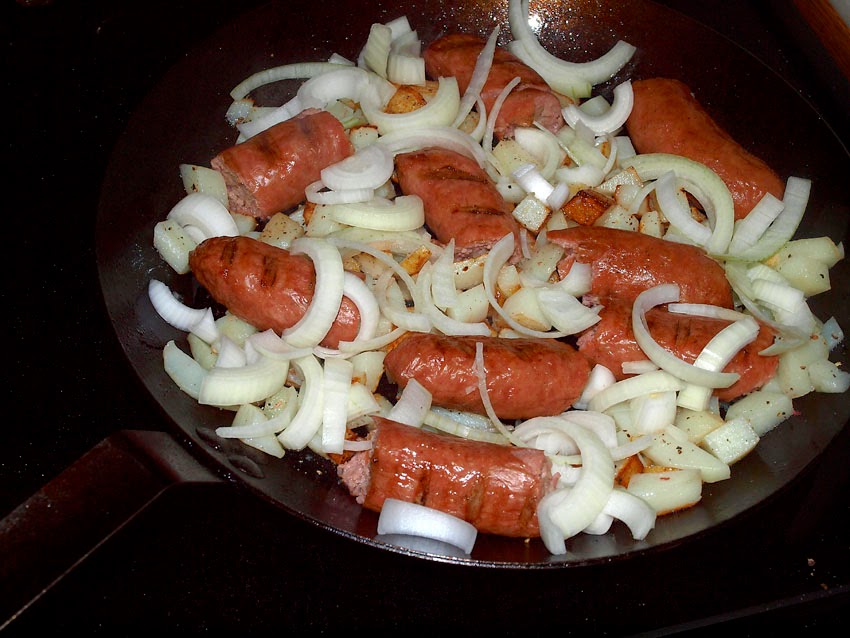 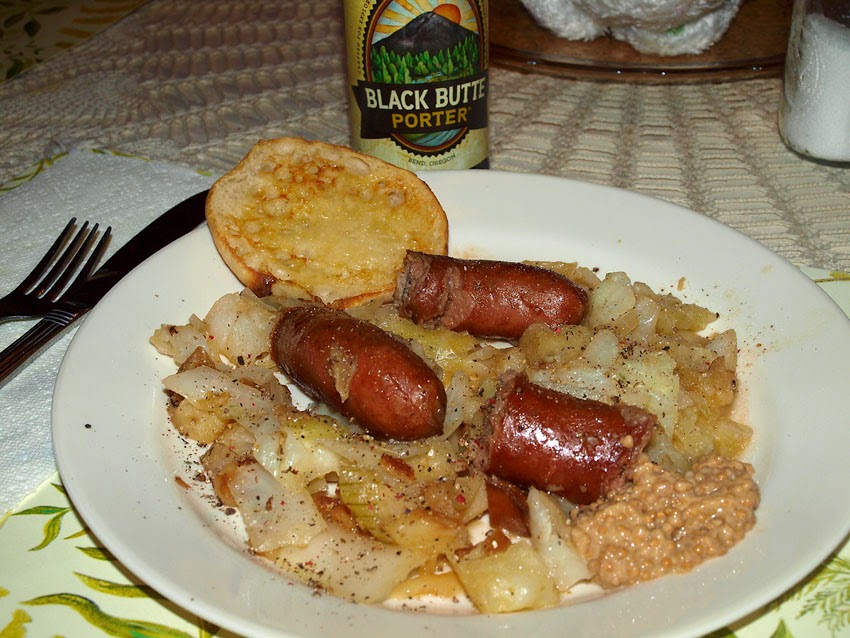