It was a little chilly but a nice sunny day to cook out. For tonight’s supper I would do it using my pellet smoker, gas grill and indoor stove top and oven. I found a recipe for beer braised short ribs by Liren on Food52. I changed some of the ingredients and the cooking method. Some German spaetzel noodles to serve the ribs and gravy over, fried cabbage and red beets on the side and multi grain bread and butter would make a good meal.

I got my short ribs from my butcher and got them seasoned with some Savor Spice’s Top Secret rub by Tim at 10:30 and in the fridge. I got them on my Traeger at 11:30 for an hour of smoke then on my Weber gas grill to sear.

I was using Cookinpellets 100% hickory pellets to smoke, grill grates on my Weber to sear the ribs and Deschutes Black Butte Porter to braise the ribs.

After I got all in the oven to braise for 3 hours I took an hours nap. When I was cooking down the gravy I baked a loaf of take home and bake organic multigrain bread.

At 5:15 I cooked about ¾ head of cabbage diced about 1 inch in a little olive oil and butter with bacon bits added in. I cooked the German spaetzel noodles and heated some red beets. I served it all at 6:00.

The wife and I both thought this was a great supper, meat was seasoned good and very tender but was a little too greasy with the fat left in the ribs to separate at the table. Like I say in the recipe next time I will make this a two day cook. 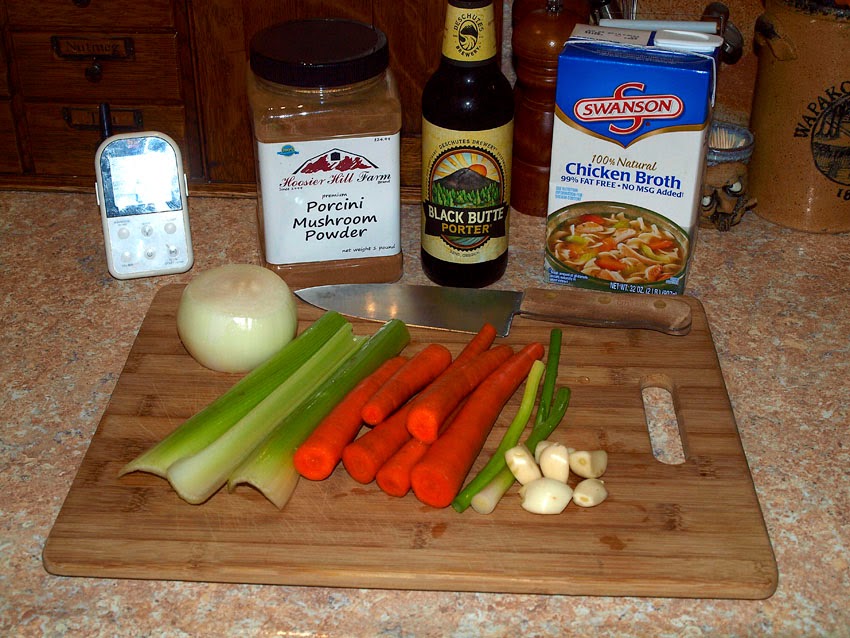 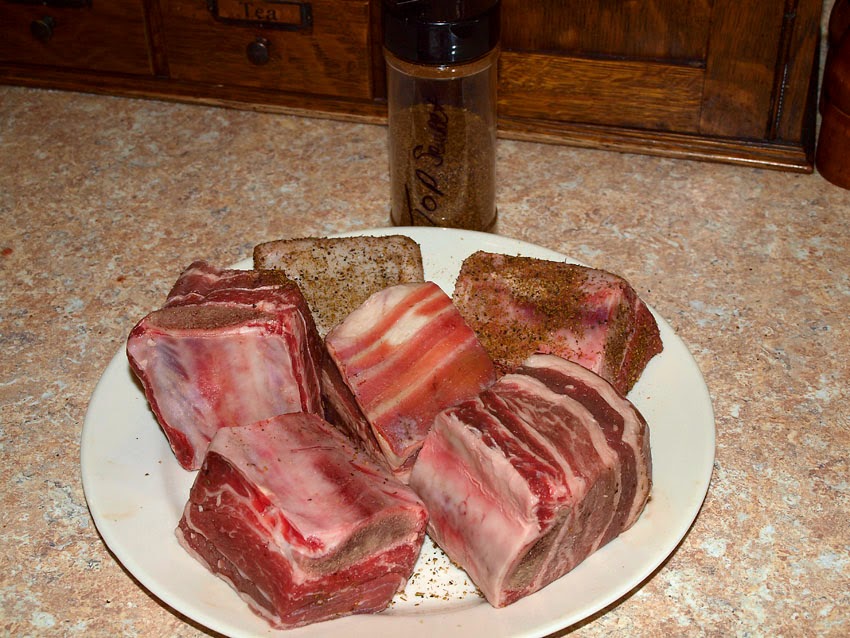 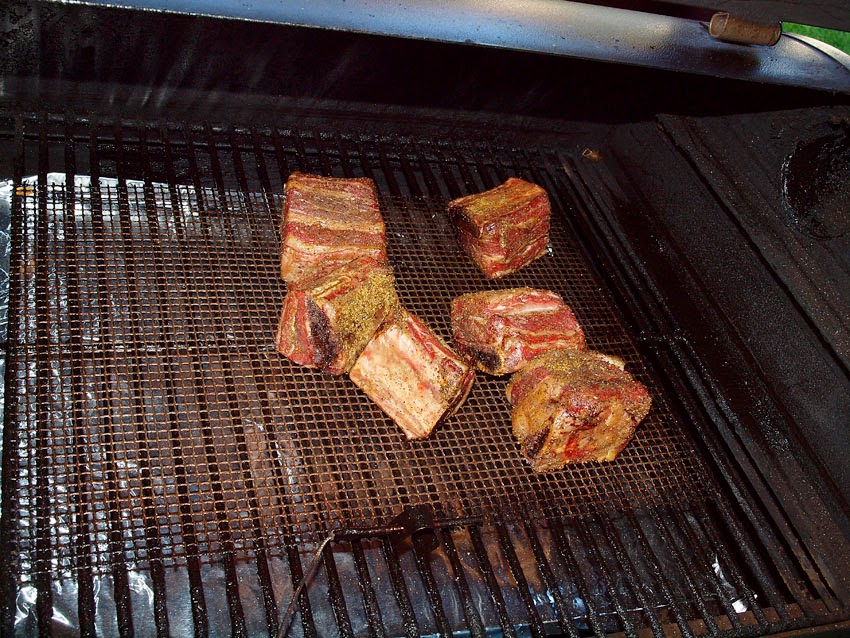 Searing on the grill 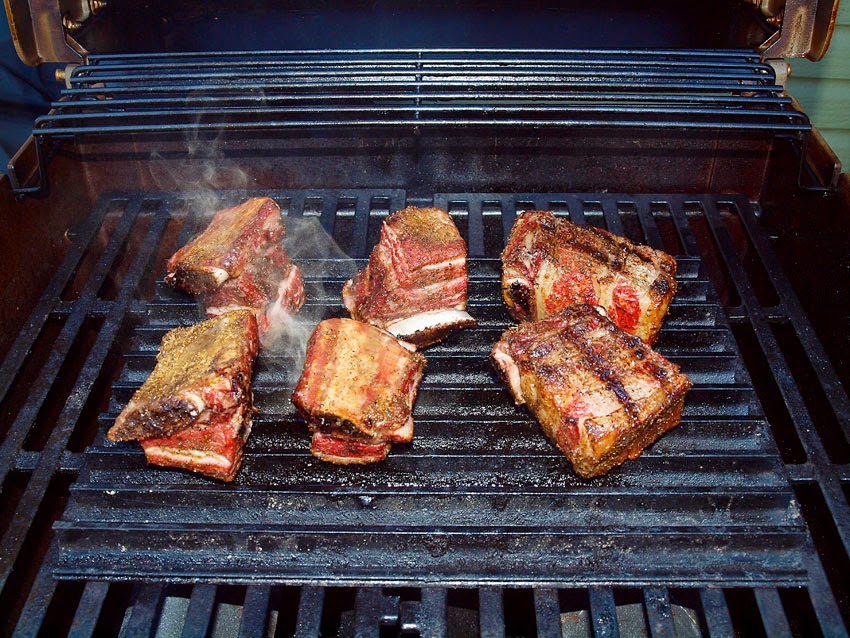 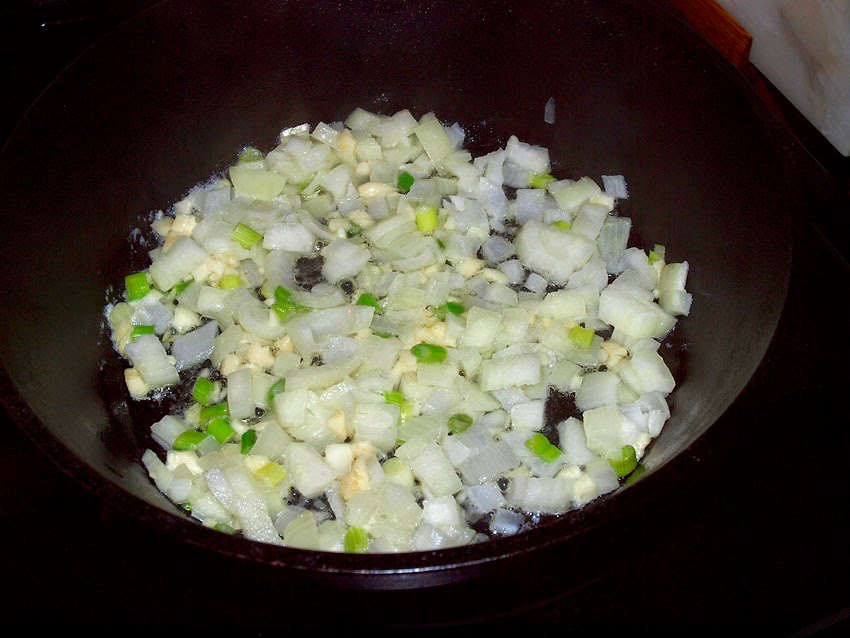 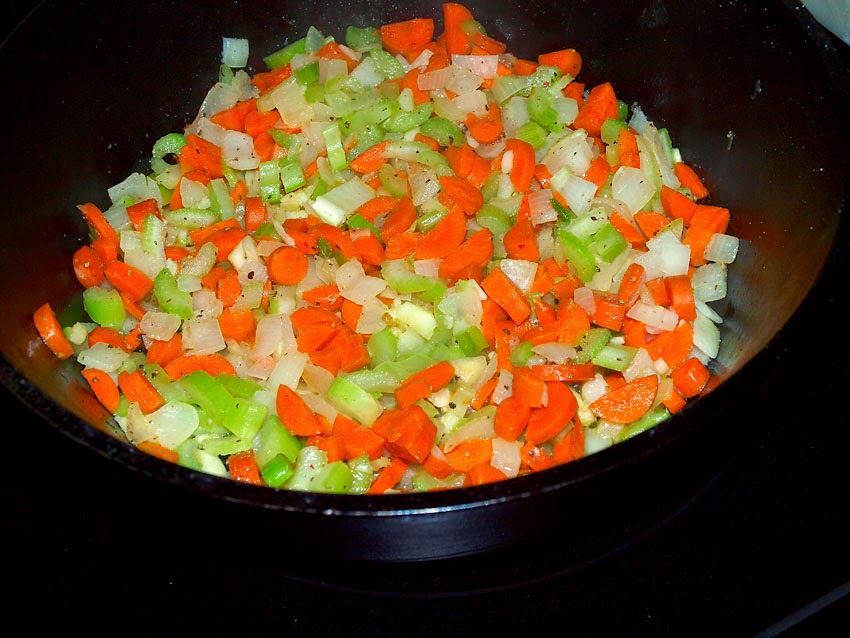 Flour and mushroom powder stirred in 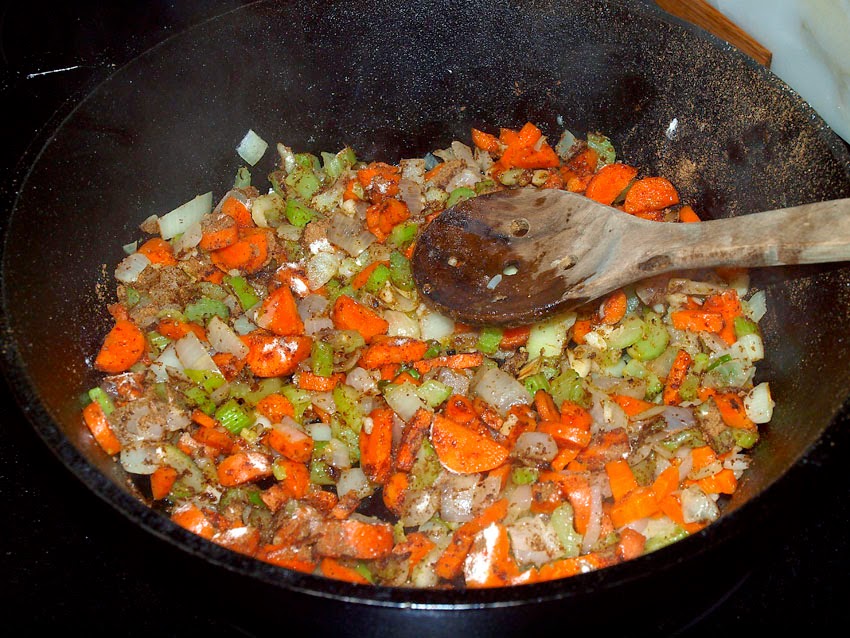 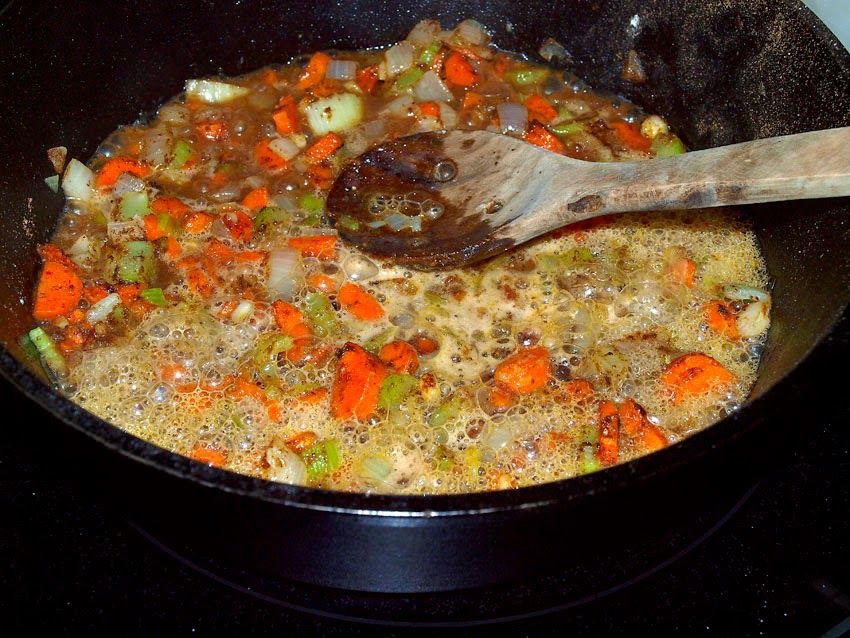 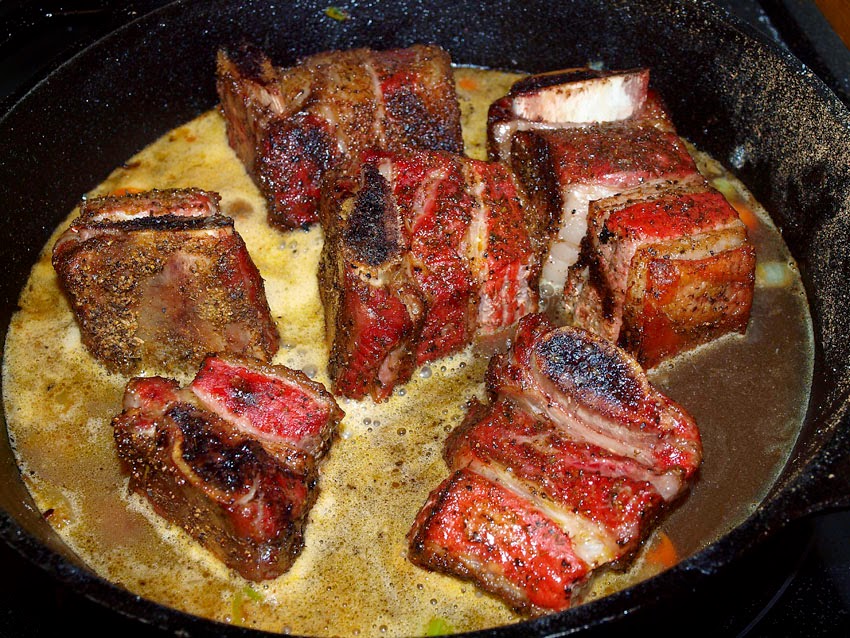 After 3 hours in the oven 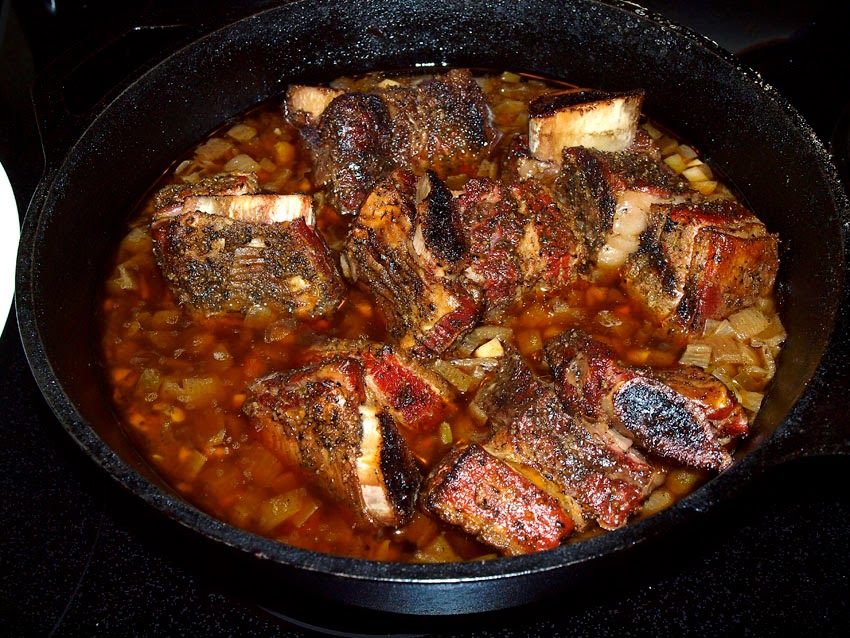 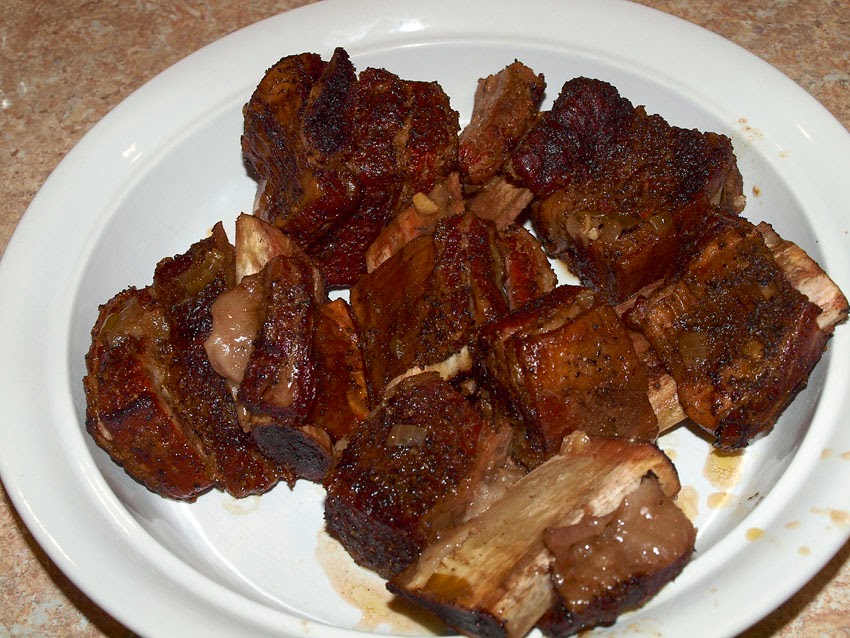 A flour slurry added and reducing 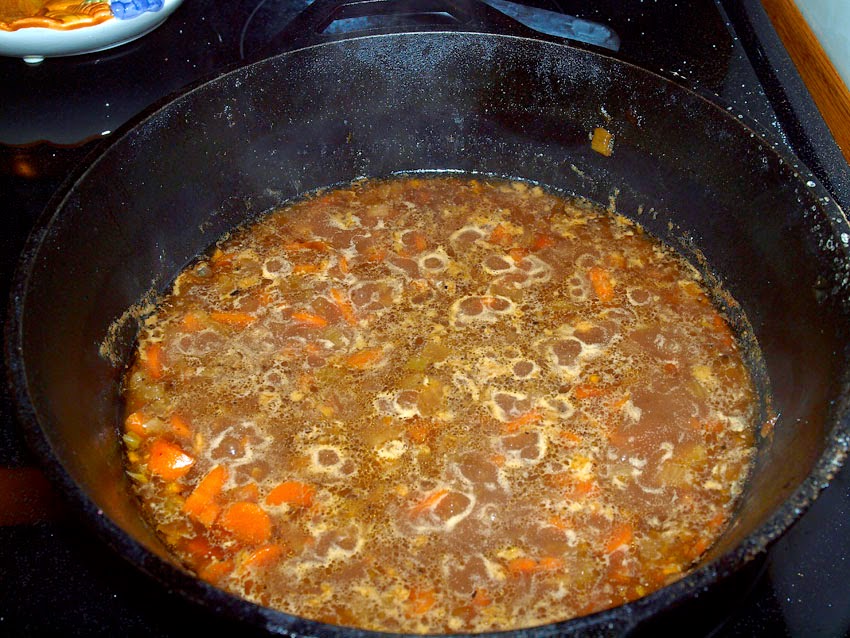 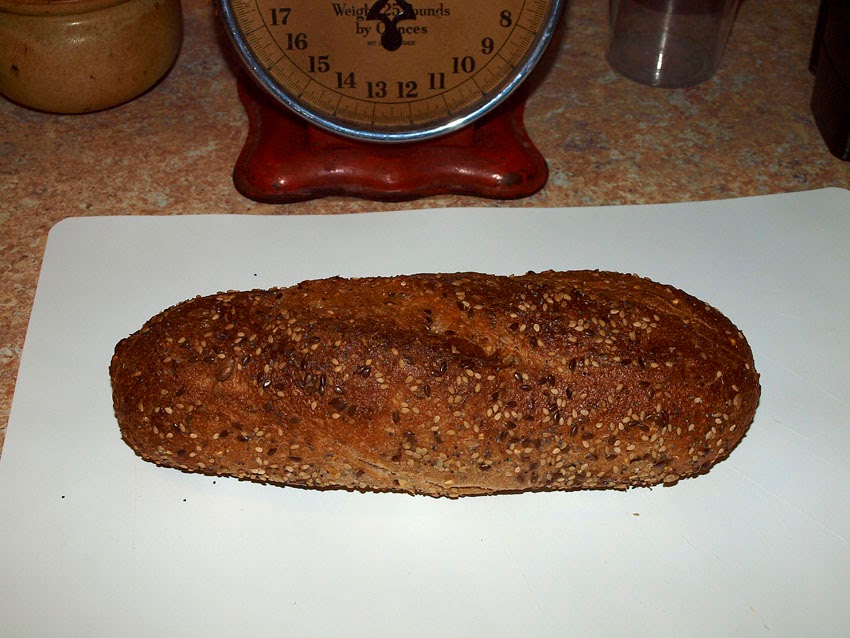 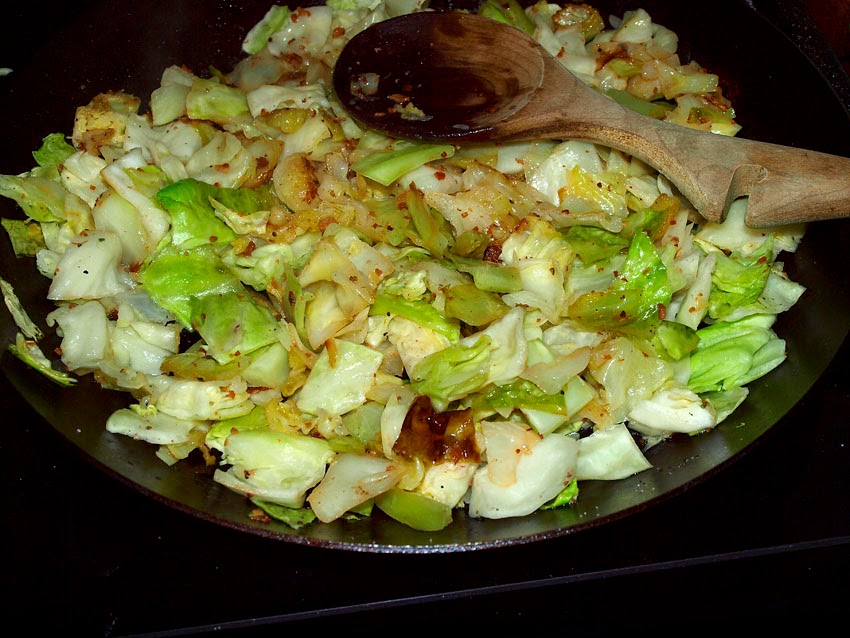 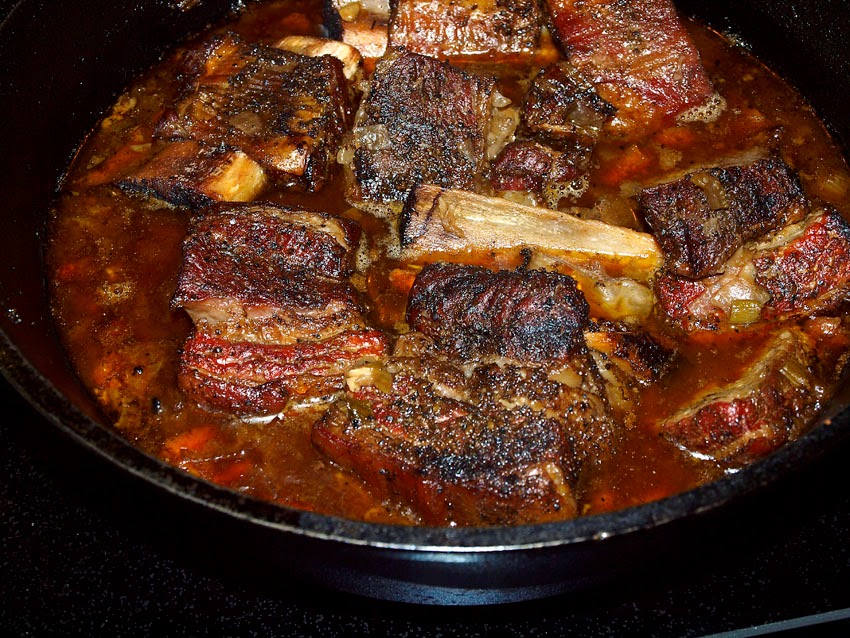 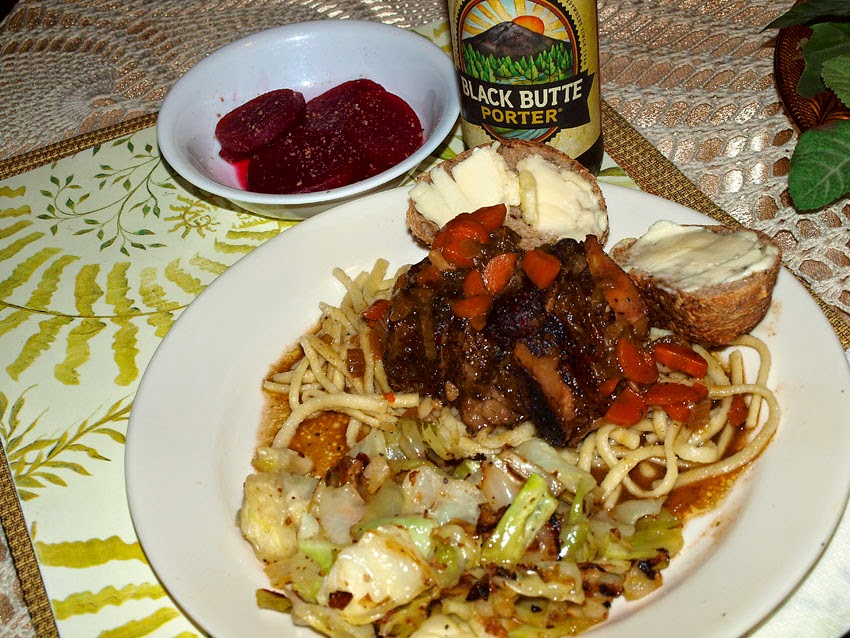 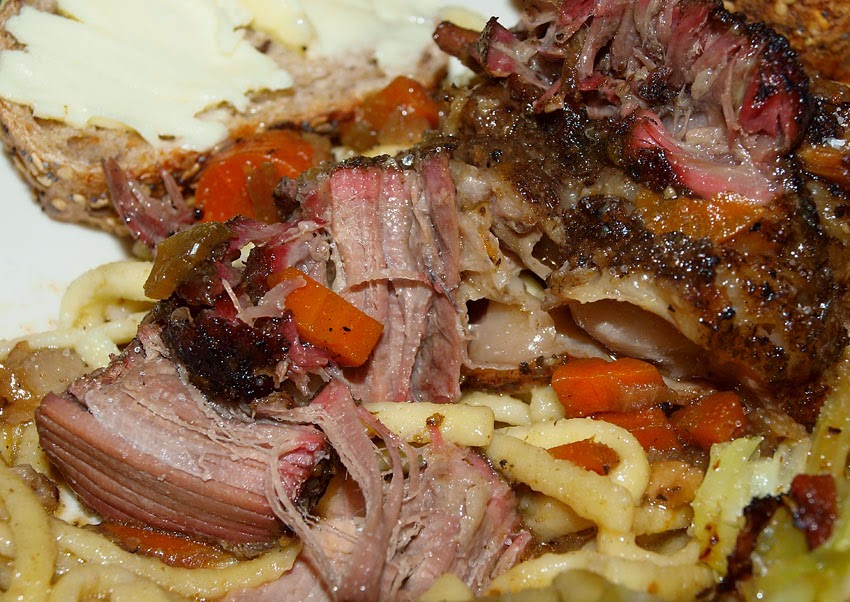