My Wife made Salmon Patties

Mama doing the cooking is a rarity here. Salmon patties are one thing she does make that is pretty good. I ask what your sides are going to be. She said mac n cheese. I knew it would be Kraft out of the box; she loves that stuff. I can manage to eat it but not the best. She likes hers runny and I like mine baked and more setup.

She went to get her hair done and then was going to Sam’s and the grocery. By noon my leg was feeling good so I called her to get some elbow macaroni and half and half cream at the grocery. I had decided to make Scally’s Mac n cheese vamped up. I had some bacon so I browned it up on my Traeger to use for topping. Scally is a fellow member of Lets Talk BBQ.

I had to change a little from Scally’s recipe but basically followed his method. I used some Kraft’s shredded extra cheddar and some gruyere for the cheese. I didn’t have chicken stock so used some of the pasta water and half and half cream to make the sauce. I just took mine to a white sauce instead of brown. I used some dried shallots instead of fresh. After adding it all to a casserole dish I added about 1/3 cup of half and half to get it creamier. I did it in a 360 deg. oven for 50 minutes; covered the first 25 minutes.

I guess you could call this a unified cook!

The kids were going out to dinner and a movie so we had the grandson for supper and the night. My wife fried up the salmon patties when the mac n cheese was done. We had a small Romaine salad and choice of dressing. I had blue cheese on mine. My wife and I liked the mac n cheese but the grandson did not eat much of it. I am glad he likes salad, he ate all of his.

I had some smoky horseradish sauce on my salmon patty but must say it was not my wife’s best! I did appreciate her cooking but afraid until I get this leg fixed we will be eating a lot of carry ins! Also for any of you who are regular followers I may not be posting as much until I get the leg fixed. 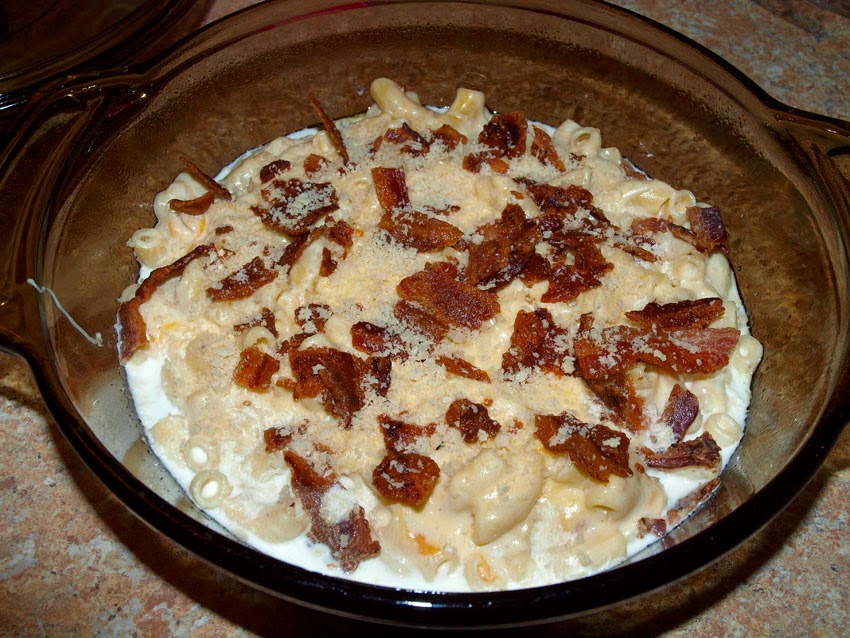 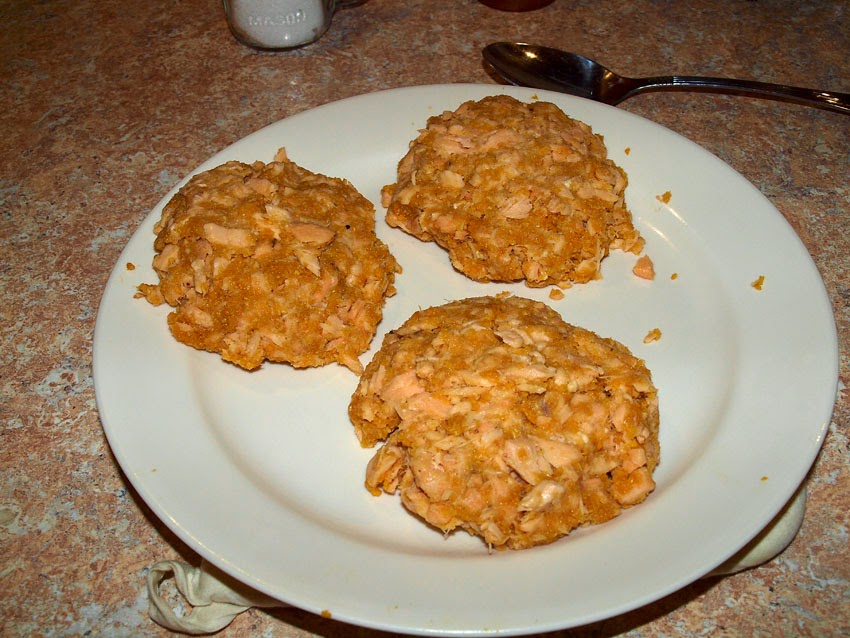 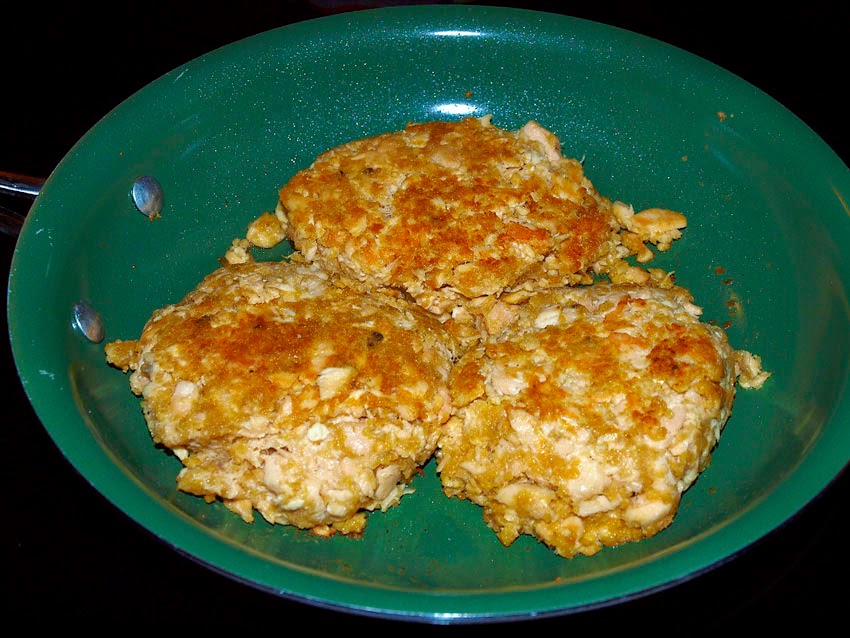 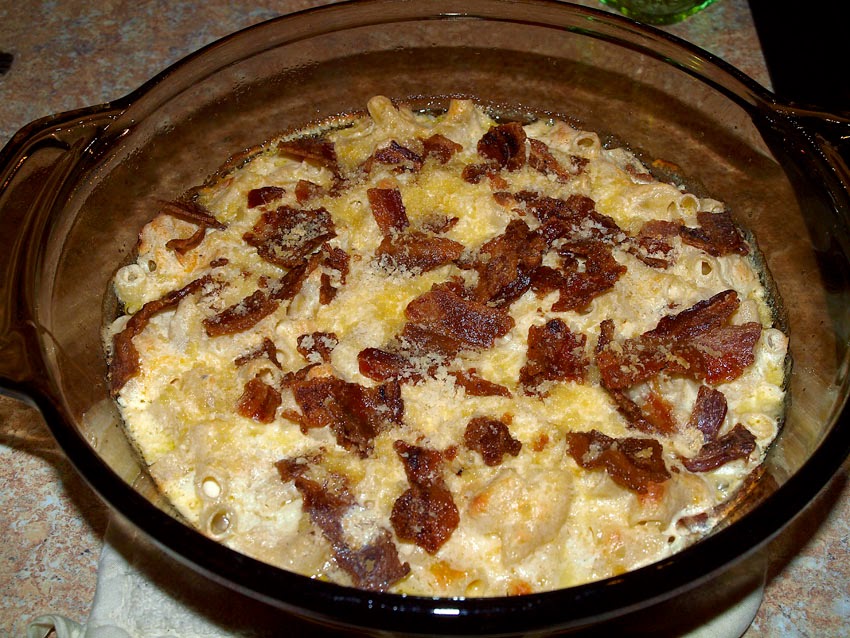 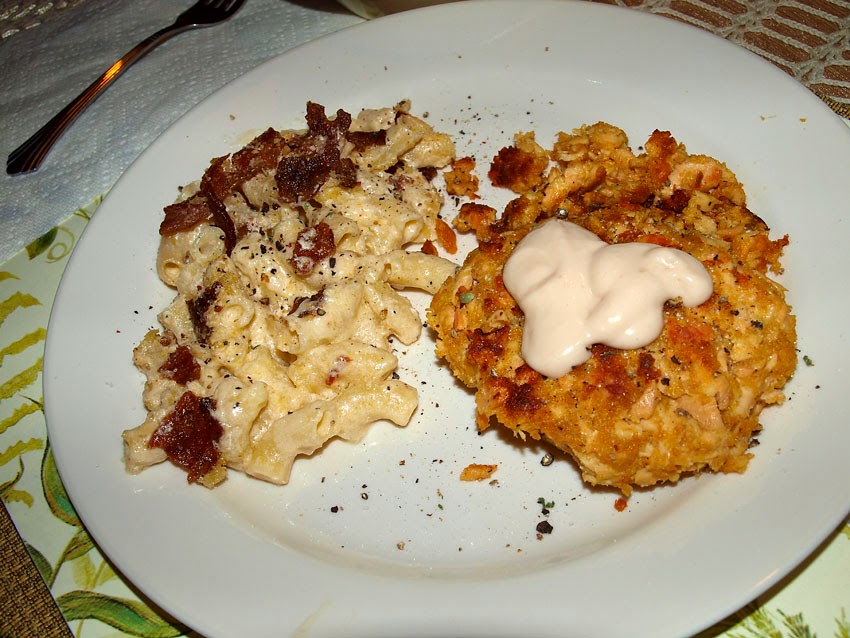